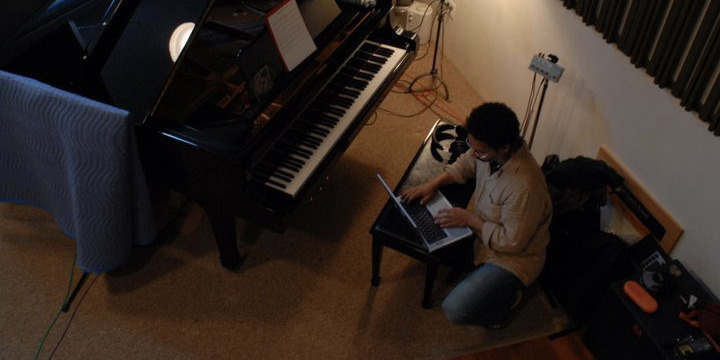 One of the things I most value about being a professor of music are the norms and protocols around discussions in the classroom. While the historical classroom model has received much criticism over recent years, when done well it can provide real space and structure to facilitate dialogue.

As the teacher, when I’m speaking, I know, for the most part, I won’t be interrupted and that listeners are not multi-tasking while I’m talking. They are not checking their phones or doing other things, they are sitting, often taking notes, and listening. That space allows me to feel calm and able to know that I can make my points freely and fully. I think and speak better consequently.

When the students are speaking I am making sure to listen with my entire being, my ears, face, body, mind, intellect and heart. I don’t fidget or look elsewhere, I sit calmly, breathing deeply and slowly, and focus intently on what’s being said. I do that for my sake, for the sake of the student who is speaking, and to model that behavior for the entire class. The student speaking has to both be heard and felt heard. They have to both be understood and felt understood.

When I respond, if a response is needed or being sought, I have to first articulate an understanding of what has been said, and an affirmation of it. I have to value and legitimize what has been said before I can respond, even if that response is to disagree. My disagreement has to be built on, first and foremost, an acknowledgment of the value and legitimacy of what’s been said. Then I feel I can put my response forward. I also do this to model that behavior for the students.

Obviously, not all teaching environments are the same. Ensemble and performance classes differ a bit as do private lessons. However, the same general flow chart of actions associated with listening remain the same. And they need to be engaged with proactively. Even though I’ve been trying to approach teaching like this for many years, I still, daily, remind myself to breath, to listen, and to delve deeper into an understanding of what’s being said and why. Again, when done well, discussions take on a rhythm and flow that is very conducive to dialogue. I learn, students learn, time moves quickly, it’s enjoyable. I leave classes like this energized and inspired, looking forward to the next class.

Listening takes practice, like breathing. Yes, it can happen automatically, but in those instances not often done well or deeply.

I’ve seen two consistent themes or statements during the recent weeks, and in actuality for many years, that are particularly soul stirring for me, “I can’t breathe” and “can you hear us now?” Those ideas have been expressed as inescapable, though not exclusive, aspects of black life for centuries. And not just in America. They are enduring, unfortunately, and bear repeating.

Can you breathe? Are you listening?